More than 70% of grocery stores in Ukraine will be equipped with generators by the end of January. This is stated in the study of the Association of Retailers of Ukraine.

The number of grocery stores equipped with autonomous energy sources in Ukraine will reach 1922 outlets, which is 71.7% of their total number.

The Association surveyed 15 leading retail chains in Ukraine, including both large hypermarkets and supermarkets, as well as convenience stores.

So, at the end of December 2022, about half of grocery stores were equipped with generators, while 96% of hypermarkets, 65% of mini-markets and 46% of supermarkets were autonomous. In addition, some stores also function as “points of invincibility”.

According to the Association, by the end of January 2023, retailers plan to increase the number of offline stores: mini-markets – by 3%, supermarkets – by 26%. Thus, by February, 546 more stores will be additionally equipped, the total number of stand-alone outlets will increase by 20.3%.

“Since the main task of grocery retail is to continuously provide the population with food and essential goods, many industry players from national chains to regional, local and even just essential goods stores have covered the need for generators at their own expense. Thus, retail has proved that it is capable of performing the function of a critical infrastructure and continuously supplying the population with food under any conditions,” said Andriy Zhuk, head of the Ukrainian Retailers Association. 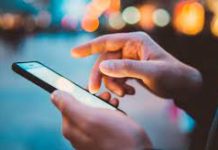 In five regions, the availability of base communication stations is below 70%