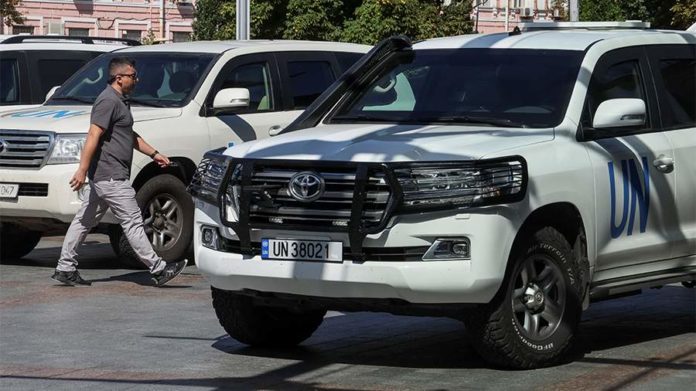 The Russians are shelling a pre-agreed route for the IAEA mission from Zaporozhye to the ZNPP. This was announced on September 1 by the head of the Zaporozhye Regional Military Administration Oleksandr Starukh.

He noted that the UN advance team could not continue moving for security reasons.

“Ukraine continues to make efforts to ensure the safe access of the IAEA international mission to the Zaporozhye NPP. We demand that the Russian Federation stop provocations and provide unimpeded access to the IAEA to the Ukrainian nuclear facility,” Starukh stressed.

Earlier it was reported that the troops of the Russian Federation have been shelling Energodar from mortars and machine guns since five in the morning. The enemy also used helicopters.

Recall that on August 31, an IAEA mission left Kyiv to assess the situation at the Russian-occupied Zaporozhye nuclear power plant. The Main Intelligence Directorate of the Ministry of Defense stated that the occupation administration of Energodar and the occupiers at the ZNPP prevent the arrival of representatives of the organization.