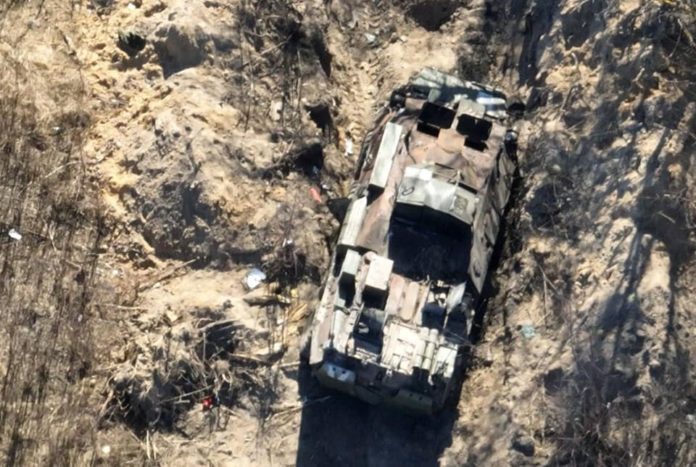 Ukrainian troops continue to conduct a defensive operation in the Eastern, South-Eastern and North-Eastern directions. This is stated in the summary of the General Staff on the morning of March 23.

In the Eastern direction, operational groups operate in the Donetsk, Slobozhansky and eastern parts of the Tavrichesky operational areas. They do not allow the enemy to resume the attack on Slavyansk and part of the forces on the settlement of Lozovaya.

The advance of the enemy in the direction of Zaporozhye, Popasnaya and Kurakhovo is also being held back. All-round defense of Mariupol is being carried out.

In the North-Eastern direction, the main efforts are focused on covering the state border, holding back the enemy offensive in the Malin area.

In the Severshchina, a grouping of troops holds Chernigov and does not allow the enemy to move in the direction of Kyiv.

In the South-Eastern direction, Ukrainian troops are defending bases and seaports in the Black Sea Operational Zone. The defense of Nikolaev and the settlements of the Nikolaev region continues.

In addition, Ukrainian troops are holding back the Russian army in the directions to Krivoy Rog and Novovorontsovka.

“Active actions of enemy aircraft and strikes using missiles over the past 24 hours have been noted,” the General Staff emphasized.

The grouping of the Air Force of the Armed Forces of Ukraine repels enemy air and missile strikes and air attacks. Over the past 24 hours, more than 17 enemy air targets were hit: six aircraft, five UAVs, one helicopter and five cruise missiles.

“The enemy in certain directions is demoralized. So, during the assault on the city of Mariupol, in one of the special forces detachments involved in active hostilities, less than 10% of the personnel are ready to continue participating in the war, the rest are killed, wounded, sick or demoralized, ”the General Staff noted.