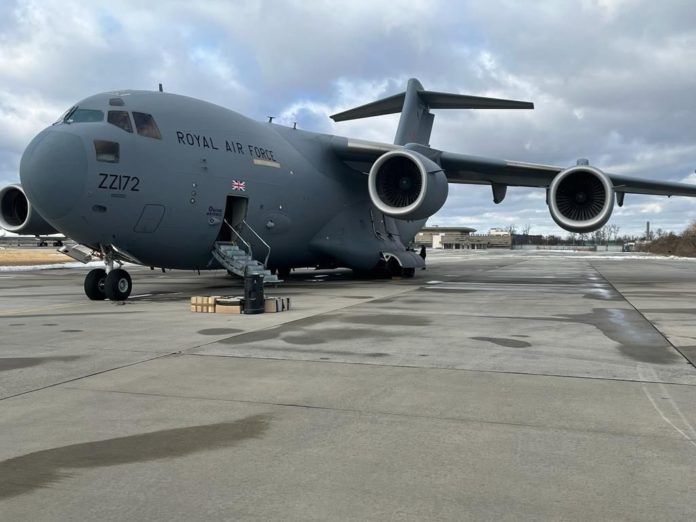 “On February 8 and 9, a cargo with military technical assistance from Great Britain arrived in Ukraine – military cargo and equipment for the territorial defense forces of the Armed Forces of Ukraine,” the minister said.

Reznikov specified that bulletproof vests, helmets and other cargo were on board the aircraft.

“Thank you to our partners for their continued political and diplomatic support and military assistance,” the minister added.

On the eve it was reported that a Boeing C-17A Globemaster III military transport aircraft of the Royal Air Force of Great Britain landed in Boryspil. Flightradar24 data testified to this. The plane took off from the Brize Norton military base, 80 km from London. It can carry up to 77.5 tons of cargo, but what exactly is on board was not reported.