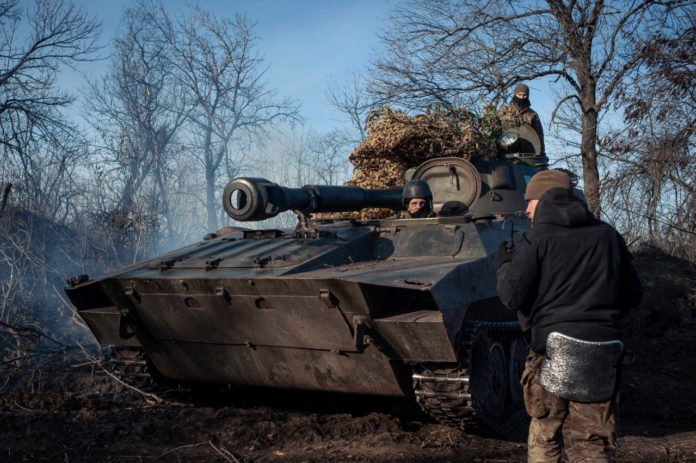 The Russian aggressors carried out offensive actions in three directions. This was reported by the General Staff of the Armed Forces of Ukraine in the evening summary on Monday, January 23.

The enemy continues the offensive in the Bakhmut and Avdeevsk directions to capture the entire Donetsk region, despite numerous losses on their part. In the Kupyansk direction, he conducted unsuccessful offensive operations, all enemy attacks were repelled.

In the Limansky, Novopavlovsky, Zaporizhzhya and Kherson directions, the invaders are on the defensive. In Volynsky, Polessky, Seversky and Slobozhansky – the situation is without significant changes, no enemy offensive groupings were found.

Over the course of a day, the invaders launched four missile strikes on populated areas (two missiles were destroyed by air defense forces) and 18 air strikes. The enemy also carried out 24 shelling from the MLRS.

In the Zaporizhia direction, Kamyshevakha of the Donetsk region, as well as Krasnoe, Huliaipole, Charivne, Novodanilovka and Orekhov of the Zaporozhye region suffered from artillery fire.

In the Kherson direction, the invaders shell the civilian population every day. Once again, Antonovka and Kherson experienced fire impact from the MLRS.

According to the General Staff, during January 20-21, the enemy carried out offensive operations in the Zaporozhye direction near Maly Shcherbakov. According to updated data, as a result of a military clash with units of the Defense Forces, the losses of the invaders during this period amounted to more than 50 people, 16 of them were irretrievable. In addition, nine pieces of weapons and military equipment of various types (a tank, six infantry fighting vehicles and a Tigr armored car) were destroyed. Four more units were damaged.

Aviation of the Defense Forces during the day delivered five strikes on the areas where the invaders were concentrated.

The missile and artillery units of the Defense Forces hit three occupant concentration areas and a logistics warehouse.