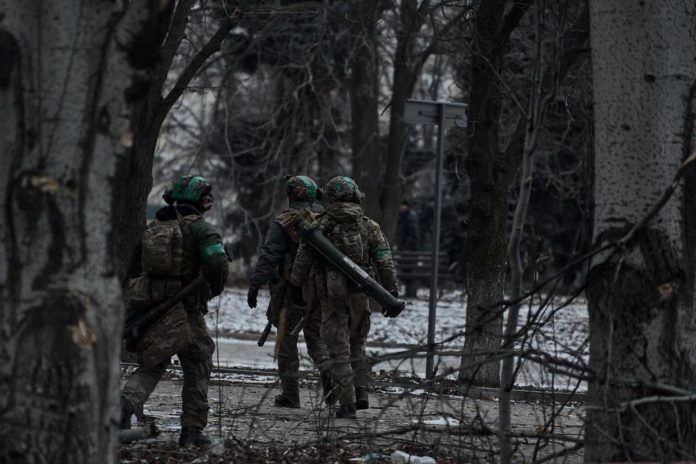 The troops of the Russian Federation are conducting offensive operations in the Bakhmut and Avdeevsky directions and suffer significant losses in manpower. This was announced on January 16 by the General Staff of the Armed Forces of Ukraine in the morning report.

No enemy offensive groupings were found in the Volyn, Polessky, Seversk directions. At the same time, the settlements of the Sumy and Kharkov regions were subjected to enemy shelling.

The General Staff clarified that during the day on January 15, the Russian army launched two missile strikes and carried out more than 55 attacks from multiple launch rocket systems, in particular, on the civilian infrastructure of the Zaporozhye, Dnepropetrovsk and Kherson regions.

“The threat of air and missile strikes by the enemy remains,” the Ukrainian military leadership emphasized.

The rocket and artillery units hit one command post, six areas of concentration of manpower and military equipment, one ammunition depot and one enemy electronic warfare equipment.

Aviation of the Armed Forces of Ukraine inflicted nine strikes on the concentration areas of the invaders and two strikes on its air defense systems.