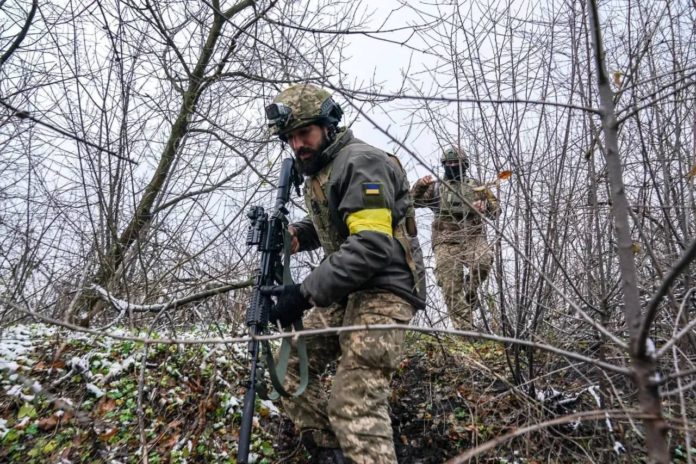 Over the past 24 hours, units of the Defense Forces of Ukraine repelled attacks by invaders in the areas of 12 settlements: Stelmakhivka, Kremennaya in the Lugansk region and Razdolivka, Sol, Krasnaya Gora, Paraskoveevka, Podgorodnoye, Bakhmut, Kleschievka, Mayorsk, Pervomayskoye, Krasnohorivka of the Donetsk region. This was announced on January 12 by the General Staff of the Armed Forces of Ukraine in the morning report.

During January 11, the invaders launched four missile strikes (on civilian targets in Liman and Chasovoy Yar in the Donetsk region), as well as 23 air strikes. In addition, 69 shellings from multiple launch rocket systems were carried out.

There is a danger of air and missile strikes throughout Ukraine.

In other directions, the enemy fired at peaceful settlements from various types of weapons.

Near the village of Radensk, Kherson region, the Russian invaders built a network of trenches and dugouts using sea containers, which had previously been equipped as a field hospital.

Over the past 24 hours, Ukrainian aviation has delivered 20 strikes on the areas of concentration of Russian troops, as well as three strikes on the positions of anti-aircraft missile systems.

Over the past day, the Defense Forces shot down a Ka-52 helicopter and two reconnaissance UAVs of the Orlan-10 type.

Rocketmen and artillerymen of the Armed Forces of Ukraine hit the enemy command post, seven areas of concentration of manpower and three ammunition depots of the invaders.