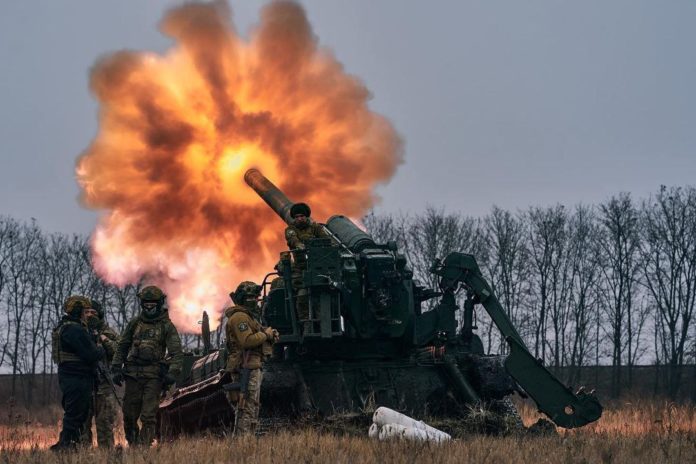 Over the past day, units of the Defense Forces repelled attacks by invaders in the areas of the settlements of Stelmakhivka, Makiivka, Dibrova and Belogorovka in the Lugansk region and Ozaryanovka, Soledar, Krasnaya Gora, Podgorodnoye, Bakhmut, Kleschievka, Sol, Pervomayskoye, Maryinka and Pobeda in the Donetsk region. This was reported by the General Staff of the Armed Forces of Ukraine in the morning report on January 7.

Ukrainian aviation dealt one blow to the area where the invaders were concentrated, and the rocket and artillery units fired on four enemy manpower and military equipment concentration areas, as well as two enemy fuel and lubricant depots.

As noted in the General Staff, the main efforts of the enemy are focused on attempts to completely capture the Donetsk region within the administrative border, and conduct offensive operations in the Bakhmut direction.

In the Volyn and Polesye directions, the situation did not change significantly, no signs of the formation of enemy offensive groupings were found.

In the Bakhmut direction, more than 20 settlements suffered fire damage. In particular, these are Yakovlevka, Spirnoye, Berestovo, Belogorovka, Soledar, Bakhmut and New York of the Donetsk region.

In the Zaporizhzhia direction, the areas of 23 settlements suffered from the fire of the invaders. Among them are Zelenoye Pole and Novopil in Donetsk region, Huliaipole, Zaliznychne, Volshebnoe, Shcherbaki and Stepne in Zaporozhye region and Nikopol in Dnepropetrovsk region.

In the Kherson direction, the enemy does not stop shelling settlements along the right bank of the Dnieper. The civilian infrastructure of Chernobaevka, Antonovka, Berislav, Zolotoy Balka and Kherson was hit, there are victims among civilians.