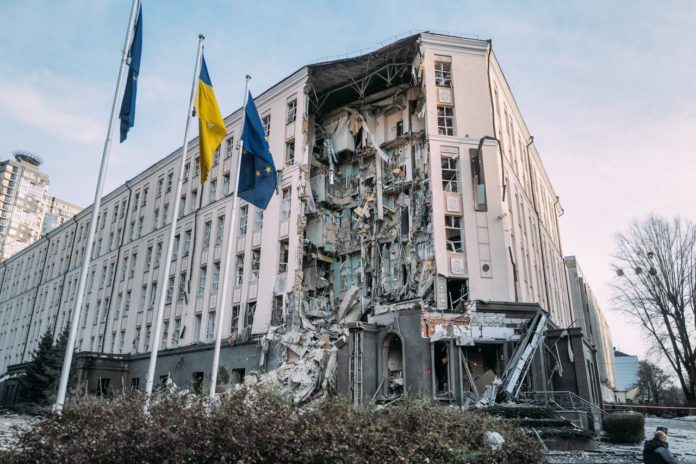 As a result of a missile attack on Kyiv on December 31, one person died and 21 were injured.

Klitschko said that an elderly man died in the capital, and the number of injured increased to 20, and a journalist from Japan was also wounded.

The KGVA listed the destruction:

In the Dnipro district, fragments of a rocket were found on the street.

At 17:12, the KSCA clarified that it was known about one dead and 21 injured. Wounds of the victims of varying severity, all received medical assistance. At the same time, data on casualties and destruction are being specified.

On approaching Kyiv, 7 missiles and an enemy UAV were destroyed.