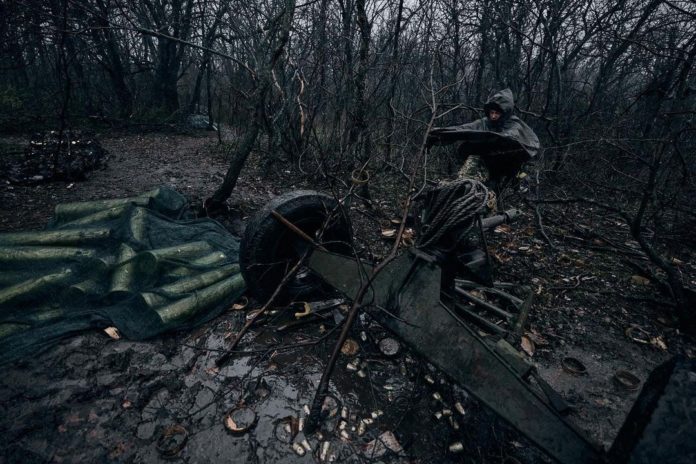 The General Staff of the Armed Forces of Ukraine published a summary of the Russian military invasion of Ukraine as of Wednesday evening, December 7.

“During the day, residential buildings and other civilian facilities in the city of Korosten, Zhytomyr region, and a number of settlements in the Zaporozhye region were damaged by enemy missile strikes and UAVs. In addition, shelling from multiple rocket launchers came under fire from residential areas of the city of Kurakhovo, Donetsk region. In the future, the threat of enemy missile strikes on energy system facilities and critical infrastructure throughout Ukraine remains,” the message says.

In the Slobozhansky direction, the enemy continues to hold his troops in the border areas of the Belgorod region. Shelling from tanks, mortars, cannon artillery was recorded near Streleva, Ternova, Staritsa, Volchanskie Khutory and Chugunovka in Kharkiv region.

In the Kupyansk direction, the enemy is on the defensive. He carried out artillery shelling of the areas of the settlements of Dvurechnaya, Kotlyarovka, Tabaevka and Berestovo in the Kharkiv region and Novoselovskoe and Stelmakhovka in the Luhansk region.

In the Limansky direction, the enemy fired from tanks and artillery of various types at the areas of the settlements of Makeevka, Ploschanka and Nevskoye in the Luhansk region and Terny and Liman in the Donetsk region.

In the Bakhmut and Avdeevsky directions, the occupiers are concentrating their main efforts on conducting offensive operations. Shelling from tanks, mortars of barreled and rocket artillery came under fire in the areas of the settlements of Verkhnekamennoye, Disputable, Soledar, Bakhmutskoye, Bakhmut, Klishchievka, Zaliznoye, Avdeevka, Vodyanoye, Pervomayskoye, Nevelskoye, Krasnogorovka, Maryinka, Novomy.

The enemy is on the defensive in the Novopavlovsky direction. He carried out artillery and mortar attacks on the positions of our troops near the settlements of Vuhledar, Bogoyavlenka, Prechistovka and Zolotaya Niva in the Donetsk region.

In the Zaporozhye direction, the enemy inflicted a fiery defeat near Vremovka and Novopol in the Donetsk region and Dorozhnyanka, Gulyaipol and Zaliznychny in the Zaporozhye region.

In the Kherson direction, the enemy is on the defensive. More than 10 settlements fell under artillery fire, in particular Osokorovka, Zolotaya Balka, Dudchany of the Kherson region and the vicinity of Kherson.

“Ukrainian aviation during the day delivered 11 strikes on areas of concentration of personnel, weapons and military equipment, as well as a strike on the positions of enemy anti-aircraft missile systems. During the day, our soldiers shot down a strike UAV of the Shahed-136 type. During the current day, missile and artillery units of the Ukrainian Defense Forces hit 3 command posts, 2 personnel concentration areas, an artillery concentration area and 2 occupiers’ ammunition,” the General Staff report says.