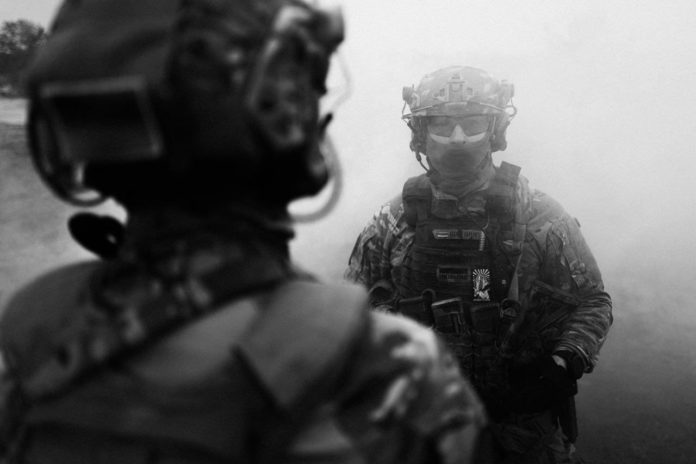 During martial law, military personnel were prohibited from taking vacations. But a recently passed law allows our defenders to get 10 days off.

The Verkhovna Rada adopted bill No. 8081, repealing the ban on providing military personnel with holidays during martial law.

The document contains a clarification that the military may be provided with part of the annual basic leave, but at the same time, no more than 30% of the total number of defenders of a certain category of the corresponding unit are absent. At the same time, vacations for family reasons and other valid reasons are not canceled either.

The explanatory note to the bill says, in particular, that the adoption of this document will help improve the moral and psychological state of both military personnel and their families, as well as improve their social protection.

“In practice, there are many more cases when the presence of a serviceman in the family is necessary, and, conversely, when the opportunity to see the family, the family is important for the serviceman, especially during martial law, military (combat) operations,” said MP Yaroslav Zheleznyak .

His colleague Ivan Tchaikovsky adds that the adoption of this law is an important emotional step for connecting the military with relatives and friends, a kind of spiritual rest that will motivate you to fight the enemy even more.

Under martial law, leave for family reasons and other good reasons has not been canceled and is not being canceled. Temporarily leaving the place of service due to family circumstances and without saving monetary allowance is allowed in such cases:

– in case of a serious state of health or death of relatives by blood or marriage of a wife (husband), father (mother), stepfather (stepmother), son (daughter), stepson (stepdaughter), brother (sister) of a soldier, father (mother) spouses or a person who was brought up by a military man – for a period of up to 7 calendar days;

– in case of serious health condition or death of other relatives – for up to 3 calendar days;

– in the event of a fire or other natural disaster that has befallen the family of a serviceman or his relatives – up to 15 calendar days;

– in other exceptional cases, when the presence of a serviceman in the family is necessary, by decision of the commander (chief) of the military unit – for up to 3 calendar days.

These holidays do not take into account the time required to travel to and from the place of vacation. Such leave may be granted once during a calendar year.

In addition, under martial law, in case of need – an exacerbation of illness or injury – based on the conclusion of the military medical commission, leave is granted for treatment with the preservation of financial and material support. Its duration should not exceed 4 consecutive months.

Also, during martial law, leave is granted to female military personnel in connection with pregnancy and childbirth, as well as for caring for a child until he reaches the age of three, and if the child needs home care, for the duration specified in the medical report, but not more than up to they reach the age of six.

In peacetime, military personnel have an annual basic leave, the duration of which depends on the length of service:

– those who have served up to 10 years receive rest for 30 calendar days;

The vacation period does not take into account the time required to travel within Ukraine to the place of its holding and back, but not more than two days in one direction. Holidays and non-working days are also not included in the vacation. In addition, military personnel whose performance of duties is associated with increased neuro-emotional and intellectual stress or is carried out in special geographical, geological, climatic and environmental conditions and conditions of increased risk to life and health are also provided with annual additional leave with the preservation of financial and material security. . It cannot exceed 15 calendar days.

According to the press service of the Verkhovna Rada, last week the parliament adopted in the first reading bill No. 8169, which, in particular, introduces a probationary period for contract servicemen. This document proposes to provide for citizens of Ukraine who are accepted for military service under a contract for the first time (except for cadets of higher military educational institutions and military educational units of higher education, as well as those who have previously served in the military), a mandatory probationary period for a period of one to six months . The explanatory note notes that this document should improve some issues of military service, improve the quality of selection for service and its prestige. Contact suggested pay for a period of 1 to 10 years.

Now our country is undergoing a dynamic transition of the armed forces to NATO standards. Therefore, after the war, the army must become professional. And its core will be contract soldiers. But they plan to cancel the emergency service. But all men will be liable for military service and periodically they will have to take appropriate courses.

“Conscription as such, the Soviet model of conscription, must be abolished. There is no point in spending two years learning to march. The current situation has shown that men at a certain age should take short preparatory courses of 2-3 months. We are still discussing this with our military,” Prime Minister of Ukraine Denys Shmyhal said at a briefing.

According to the prime minister, Ukrainian men should take appropriate training courses at a certain interval, for example, every 10 years. They must be able to use weapons and be ready at any time to defend the country.

“This is an adequate model, which is similar to the Israeli one and to the models of many developed countries. When we do not waste people’s productive time to spend two years in the army, but effectively prepare them for the challenges that the country may face in the event of a continuation or the onset of new aggression,” the head of the Cabinet of Ministers added.