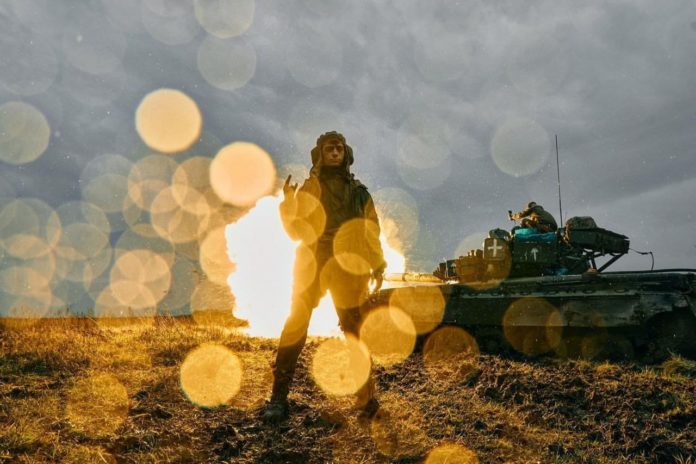 Over the past day, units of the Defense Forces repelled attacks by Russian invaders in the areas of the settlements of Ploschanka and Belogorovka in the Luhansk region and Berestovo, Belogorovka, Yakovlevka, Soledar, Bakhmutskoye, Bakhmut, Poprosnoye, Kleschievka, Andreevka, Maryinka and Novomikhailovka of the Donetsk region. This was reported by the General Staff of the Armed Forces of Ukraine in the morning report on December 5.

Over the past day, the enemy has launched seven missile and 32 air strikes, and also carried out more than 50 shelling from multiple launch rocket systems at the positions of our troops and settlements along the line of confrontation.

The threat of missile strikes against energy system facilities and critical infrastructure throughout Ukraine remains.

In the Volyn and Polesye directions, the situation has not changed significantly, no signs of the formation of enemy offensive groups have been found. However, the Republic of Belarus continues to support the armed aggression of the Russian Federation against Ukraine, providing territory and airspace for missile and air strikes. Certain units of the armed forces of the Republic of Belarus continue to perform tasks in the areas bordering Ukraine.

In the Seversk direction, the enemy carried out mortar shelling of the settlements of Sopich, Svarkovo and Zarutskoye of the Sumy region.

In the Kherson direction, the enemy fired artillery at the areas of more than 20 settlements along the right bank of the Dnieper River. The Russian invaders do not stop the fire terror of the civilian population of the city of Kherson.

The defeat by the Defense Forces of the area of concentration of enemy manpower in the Akimovsky district of the Zaporozhye region was confirmed. Enemy losses are up to 30 wounded and more than 10 dead.

Over the past day, Ukrainian aviation has delivered 18 strikes on areas where personnel, weapons and military equipment are concentrated, as well as one strike on the positions of enemy anti-aircraft missile systems.

At the same time, our soldiers shot down an enemy Ka-52 helicopter and four occupying drones.

The missile and artillery units of the Defense Forces hit two command posts, an ammunition depot, a personnel and military equipment concentration area, as well as one other important enemy target.