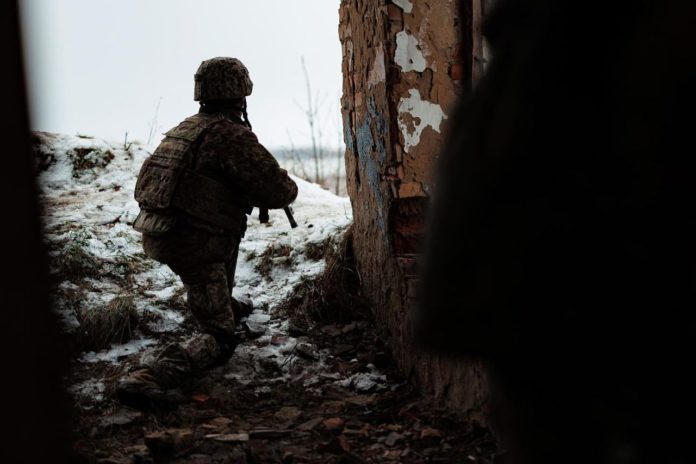 Over the past 24 hours, units of the Defense Forces of Ukraine repulsed the attacks of invaders in the areas of the settlements of Novoselovskoe, Stelmakhivka, Chervonopopovka and Belogorovka in the Luhansk region and Grigoriivka, Vyemka, Bakhmut, Opytnoye, Klischeevka, Kurdyumovka, Severnoye, Pervomaiskoye, Krasnogorovka and Maryinka in the Donetsk region. This was reported in the morning summary of the General Staff on December 2.

It is noted that in the Volyn and Polesye directions the situation has not changed significantly, no signs of the formation of offensive enemy groupings have been found. Training of individual enemy units continues at the training grounds of Belarus.

In the Slobozhansky direction, the enemy continues to hold his troops in the border areas of the Belgorod region. Enemy artillery shelling was carried out in the areas of the settlements of Slobozhanskoye, Ogurtsovo, Bochkovo, Malaya Volchya, Budarki, Strelka, Ternovaya, Chugunovka, Dvurechnoye and Zapadnoye of the Kharkiv region.

The enemy is on the defensive in the Kupyansky and Limansky directions. He carried out shelling from tanks and artillery of various calibers in the areas of the settlements of Tabaevka, Krakhmalnoye and Berestovoe in the Kharkiv region; Stelmakhovka, Myasozharovka, Makiivka and Platform in the Luhansk region and Novoselivka and Torskoe in the Donetsk region.

In the Avdiivka direction, the invaders are trying to improve the tactical situation. The areas of Avdiivka, Pervomaisky, Vesely, Krasnogorovka and Maryinka of the Donetsk region suffered fire damage from tanks and artillery of various types.

In the Novopavlovsk direction, the enemy is on the defensive. He fired artillery at the areas of the settlements of Vremovka, Bolshaya Novoselka, Bogoyavlenka, Paraskoveevka, Zolotaya Niva, Prechistovka, Ugledar and Pavlovka in the Donetsk region.

In the Zaporozhye direction, the enemy is conducting defensive operations. Nikopol, Kamenskoye, Gulyaipole, Dorozhnyanka, Belogorye of the Zaporizhia region and Ilyinka in the Dnipropetrovsk region suffered a fiery defeat.

In the Kherson direction, the enemy is also on the defensive. Artillery influence was experienced by areas of settlements located on the right bank of the Dnieper River, in particular, Kachkarovka, Tokarevka and Antonovka in the Kherson region. The enemy does not stop shelling the suburbs and the city of Kherson.

According to the General Staff, over the past day, the aircraft of the Defense Forces inflicted 19 strikes on the areas of concentration of personnel, weapons and military equipment, as well as three strikes on the positions of enemy anti-aircraft missile systems.

Ukrainian soldiers shot down 1 UAV of the Orlan-10 type. In addition, rocket and artillery units hit four command posts, the area where personnel and weapons and military equipment are concentrated, as well as five other important objects of the occupiers.