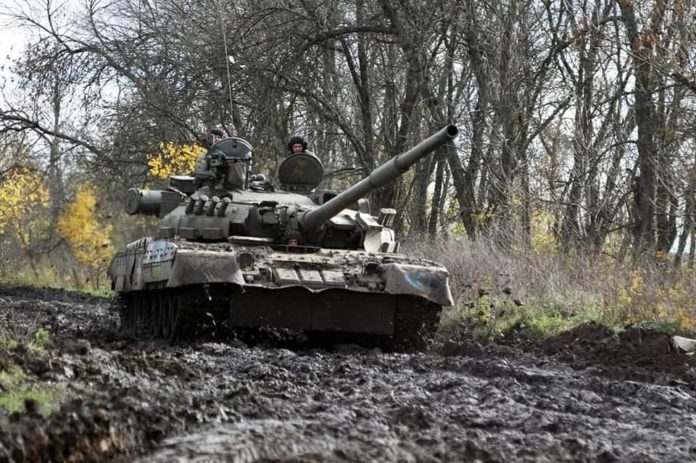 The defense forces continue to liberate Ukrainian lands in the Kherson direction. In the course of successful offensive operations, the advanced units of our troops in some places have already reached the right bank of the Dnieper. This was reported by the General Staff of the Armed Forces of Ukraine in the evening report on November 11

The enemy is concentrating efforts on deterring the actions of the defense forces in certain directions, improving the fortification equipment of defense lines on the left bank of the Dnieper and in the north of the temporarily occupied territory of the Autonomous Republic of Crimea. At the same time, it is conducting offensive operations in the Bakhmut, Avdeevsky and Novopavlovsky directions.

During the day, the enemy launched three missile and nine air strikes, made more than 10 attacks from multiple launch rocket systems.

The areas of settlements of Kharkov, Donetsk, Vinnitsa, Kherson and Nikolaev regions were subjected to enemy strikes.

In the Volyn and Polesye directions, the situation remains unchanged. The Republic of Belarus continues to support the armed aggression of the Russian Federation against Ukraine, providing it with infrastructure, territory and airspace. The formation of the Russian-Belarusian group of troops on the territory of the Republic of Belarus continues. The threat of missile and air strikes from the territory and airspace of this country remains.

According to updated information, the destruction of an enemy Mi-8 helicopter was confirmed in the area of ​​​​the settlement of Dneprovka, Zaporozhye region.

In the area of ​​the city of Energodar, an enemy command post was hit – more than 50 invaders were killed, and more than 40 were wounded. A Ka-52 helicopter was also destroyed.

As a result of precise strikes by the Defense Forces on the headquarters of the Russian occupation forces in the village of Krasny Mayak, Kherson region, more than 30 invaders were killed, two tanks and four trucks were destroyed.

During the current 24 hours, Ukrainian aviation has carried out five strikes on the areas of concentration of personnel, weapons and military equipment of the enemy.

During the current day, the soldiers of the missile troops and artillery of the Defense Forces hit the command post, two areas of concentration of manpower, weapons and military equipment, two ammunition depots and three other important military targets of the enemy.