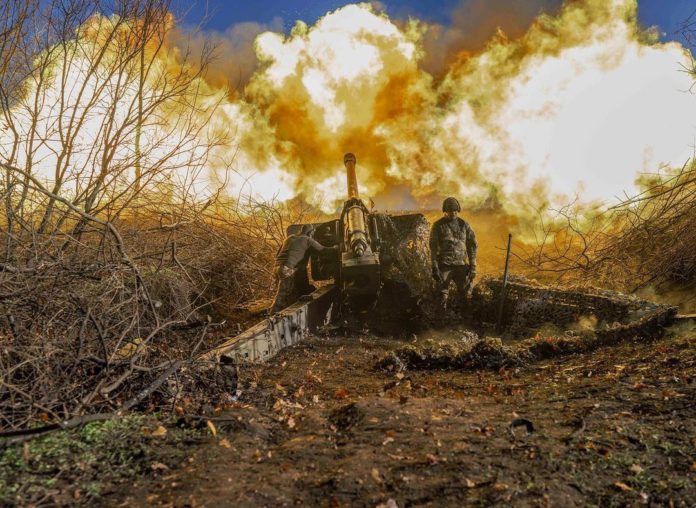 The Ukrainian military in the Kherson region continue to move closer to the left bank of the Dnieper, and the invaders are trying to flee. This was announced on the night of Friday, November 11, by the operational command of the South.

The situation in the operational zone in the Yuzhnobugsky direction remains stably tense, but is controlled by the Defense Forces. The enemy continues maneuvers to move units and equipment between the two banks of the Dnieper. Equips defense lines on the left bank, shelling our positions on the right bank. The defense forces continue to advance the front line closer to the left bank. The enemy army urgently packs into boats that seem suitable for crossing, and tries to flee.

Confirmed losses of the enemy amount to 50 Rashists in a point of compact residence and convenient defeat, two more Rashists replenished the exchange fund. On the battlefield, our subunits mined three tanks, the Msta-S self-propelled howitzer, and 11 units of other armored vehicles from the enemy.

The enemy is trying to test the strength of the positions of the Armed Forces of Ukraine in the Berislav region with strikes from unmanned kamikazes of the Lancet type. And he seeks to keep the rear areas with civilians in fear through constant shelling.

The enemy fired at Novoaleksandrovka from the left bank with the Grad system. One private house was destroyed and several other private yards were damaged. No human loss. During the fighting day and in the evening, the enemy hit the Nikopol region with Grads, Hurricanes and heavy artillery. A 10-year-old child was injured in the Mirovskaya bulk, he received shrapnel wounds.