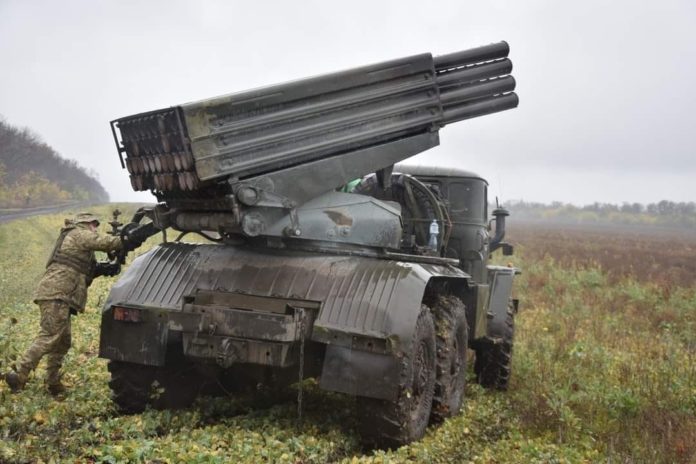 Over the past 24 hours, the Armed Forces of Ukraine repelled the attacks of invaders in the areas of ten settlements: Krasnogorovka, Bakhmut, Ivangrad, Experienced, Kleschievka, Marinka, Pavlovka, Vodyany, Mayorsk in the Donetsk region and Belogorovka in the Lugansk region. This was announced on November 8 by the General Staff of the Armed Forces of Ukraine in the morning report.

It is noted that the enemy is trying to hold the temporarily occupied territories and is conducting offensive operations in the Bakhmut, Avdeevsky and Novopavlovsky directions.

Over the past day, the Russian troops launched nine missile and 37 air strikes, carried out more than 100 attacks from multiple launch rocket systems. Areas of more than 25 settlements of Kharkiv, Lugansk, Donetsk, Zaporozhye, Dnepropetrovsk, Kherson and Nikolaev regions were subjected to attacks.

In the Volynsky and Polesye directions, the situation has not changed significantly.

According to the General Staff, Belarus continues to support the armed aggression of the Russian Federation against Ukraine, providing the Russian army with infrastructure, territory and airspace.

The formation of the Russian-Belarusian group of troops on the territory of the Republic of Belarus continues. The threat of air strikes by the enemy using attack unmanned aerial vehicles from the territory and airspace of this country remains.

The enemy continues to suffer losses. The fire damage to the area of ​​​​concentration of military equipment (about 20 units) was confirmed on November 5 in the city of Golaya Pristan, Kherson region.

Also confirmed was the destruction of warehouses with ammunition of infidels on November 5-6 in the settlements of Gorlovka in the Donetsk region and Svatovo in the Lugansk region.

Ukrainian aviation has dealt 24 strikes against the enemy over the past day. 17 areas of concentration of personnel, weapons and military equipment, as well as seven positions of enemy air defense systems were hit.

The defense forces in different directions shot down an enemy Su-25 aircraft, a Lancet-3 UAV and four Orlan-10 drones.