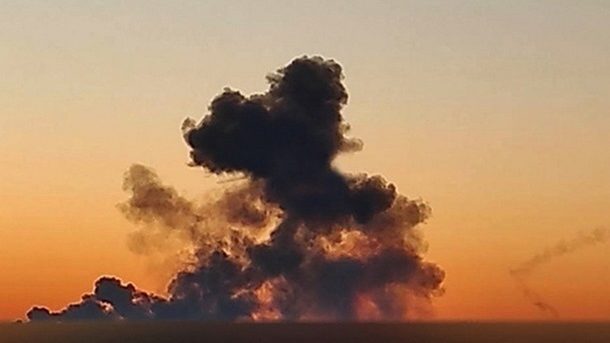 On Monday morning, October 31, Russia launched another massive missile attack on Ukraine. Explosions were heard in at least ten areas.

So, one of the strikes was inflicted on Kyiv and the region. Kyiv Mayor Vitaliy Klitschko confirmed the strike on the critical infrastructure of the capital, and the Kyiv OVA reported about arrivals in the region. Repeated explosions were also reported.

The Zaporizhia District Military District confirmed a missile attack on the regional center and damage to critical infrastructure. There were power outages in the city.

In the Vinnytsia region, it was reported that a rocket was shot down over the region, it fell on civilian objects. There are no dead.

Explosions were also reported in the Mykolaiv region. Details are still unknown.

Kharkiv city authorities confirmed the blow to the critical infrastructure of the city.

Explosions are also reported in the Lviv region. At least one missile is known to have been shot down.

The Kirovograd regional police department confirmed the strike on an energy facility in the Svetlovodsk region.

In addition, there is evidence that three missiles that flew from Belarus were shot down over Volyn.