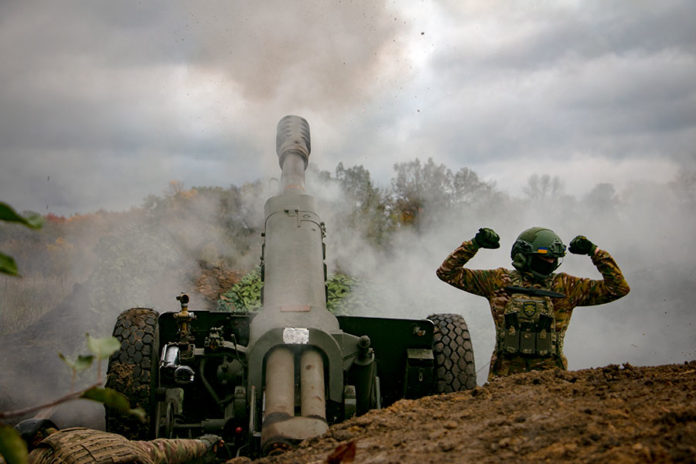 The Ukrainian Defense Forces carried out 15 airstrikes on the Russian occupiers during the day. This was reported by the General Staff of the Armed Forces of Ukraine in the evening summary on Tuesday, October 25.

The defeat of 12 areas of concentration of weapons and military equipment, two strongholds, as well as the position of the enemy’s anti-aircraft missile system was confirmed. The air defense units shot down the UAV.

The missile forces and artillery of the Armed Forces of Ukraine also hit the command post, eight areas of concentration of manpower, weapons and military equipment, ammunition and other important military facilities of the occupiers.

According to updated information, the consequences of the fire damage to the enemy have been confirmed. As a result of targeted artillery strikes of the Defense Forces, up to 30 invaders were destroyed in the village of Cairo, Kherson region, and more than 100 enemy servicemen remained under the rubble. In the village of Gornostaevka, after the detonation of the ammunition, the movement of a large number of ambulances was observed. Losses are carefully hidden by the enemy.

In turn, the Russian invaders launched three missile and 11 air strikes during the day, and also carried out more than 25 attacks from multiple launch rocket systems. Districts of 25 settlements came under fire from the invaders. Among them are Nikopol in the Dnipropetrovsk region, Bakhmutskoe and Vuhledar in the Donetsk region, as well as Novaya Kamenka in the Kherson region.

The enemy is trying to hold on to the temporarily occupied territories, concentrating his efforts on deterring the actions of the defense forces in certain directions. At the same time, it does not leave attempts to conduct offensive operations in the Bakhmut and Avdeevsky directions.

The enemy is shelling the positions of Ukrainian troops along the line of confrontation, fortifying the area in separate directions and conducting aerial reconnaissance.

Violating the norms of International Humanitarian Law, the laws and customs of warfare, continues to strike at critical infrastructure and civilian dwellings. During the day, the enemy launched 3 missile and 11 air strikes, made more than 25 attacks from multiple launch rocket systems.

In the Volyn and Polesye directions, the operational situation remains unchanged. Belarus continues to support the armed aggression of the Russian Federation against Ukraine. The threat of missile strikes and the use of strike UAVs on Ukrainian territory remains.

In other directions, the enemy fired, in particular:

“The Russian occupiers continue to mine areas along the coastline of the Dnieper River. They are trying to restore the affected pontoon-bridge crossings. To conduct aerial reconnaissance, the enemy made up to 55 sorties of UAVs of various types, ”added the General Staff.