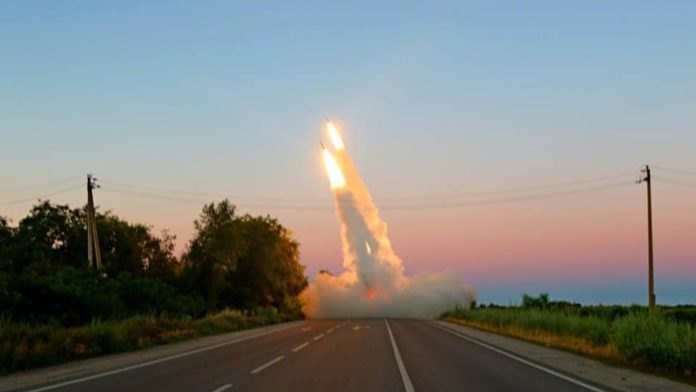 The defenders of Ukraine in the Kramatorsk direction pushed the enemy back, inflicting significant losses on him.

In the Seversk direction, the aggressor fired at the positions of Ukrainian troops in the areas of the settlements of Zhelezny Most, Shalygino and Esman. Improves the engineering equipment of advanced positions in the border areas.

In the Kharkov direction, the enemy is conducting defensive operations. Attacks from helicopters, tanks, mortars, cannon and rocket artillery were recorded in the areas of the settlements of Sosnovka, Slatino, Malaya Danilovka, Cherkasskiye Tishki, Vesele, Kutuzovka, Mospanovo, Gusarovka, Chepil and New Nikolaevka.

The Russian invaders remotely mined the area near Shestakovo and Pobeda.

In the Slavic direction, the enemy is trying to improve the tactical position of his units. He carried out shelling from mortars, cannon and rocket artillery near Krasnopolye and Bogorodichny.

The Ukrainian defenders repulsed the enemy assault and turned the infidels back in the area of ​​the Dolina settlement. The enemy is conducting assault operations near Mazanovka, the fighting continues.

In the Kramatorsk direction, the enemy fired at civilian infrastructure in the areas of Seversk and Grigorievka. Ukrainian soldiers inflicted significant losses on the enemy during his attempted offensive in the areas of the settlements of Verkhnekamenskoye, Belogorovka and Grigorovka. the occupiers withdrew.

In the Bakhmut direction, the enemy fired at the positions of the Armed Forces of Ukraine and artillery of various calibers near Berestovoye, Belogorovka, Maiskoye, Shumy and New York. Inflicted an airstrike in the area of ​​the Uglegorsk TPP. With the support of artillery, he conducted assault operations in the area of ​​\u200b\u200bthe settlement of Novoluganskoye, but had no success, retreated. Ukrainian soldiers stopped the enemy offensive in the area of ​​​​Disputed and repulsed the attack near Vershina. They inflicted damage on the invaders and pushed back. The enemy is trying to regroup.

The invaders are advancing in the Luhansk region, the fighting continues.

In the Avdeevka, Kurakhovsky, Novopavlovsky and Zaporozhye directions, shelling of mortars, cannon and rocket artillery continues along the collision line. The enemy launched air strikes not far from Avdiivka.

In the Yuzhnobuzh direction, enemy artillery fired in the areas of the settlements of Trudolyubovka, Knyazhevka, Nikolaevka, Topolino, Kobzartsy, Blagodatnoye, Shevchenkovo, Luparevo. The Russian occupiers continue to launch rocket attacks on targets in the Mykolaiv region. There remains a further threat of such actions. In readiness for launching missile strikes on targets on the territory of Ukraine, it keeps four carriers of high-precision weapons in the sea.

The attempt of the attack of the invaders in the direction of Lozovoye was severely suppressed by the Ukrainian soldiers. The enemy continues to take measures to make up for the losses.