Ukraine became the winner of the international song contest Eurovision-2022. The final took place in Turin, Italy on Saturday, May 14th.

According to the voting results of the jury and the audience, the Kalush Orchestra with the song Stefania scored 631 points.

It should be noted that after the call of the band from the Eurovision stage to help the defenders of Mariupol, the musicians were threatened with disqualification, since political appeals are prohibited at the contest. However, the organizers noted that the statement of the Ukrainians was of a humanitarian nature.

“We understand the deep feelings around Ukraine at the moment and believe that the statements of the Kalush Orchestra and other performers expressing support for the Ukrainian people are of a humanitarian, not political nature,” they said.

So, according to the results of the jury voting, Ukraine took fourth place, and having received a record 439 votes from the audience, it moved to first place in the standings, which it retained.

The second place in the competition was taken by Great Britain, the third — by Spain. 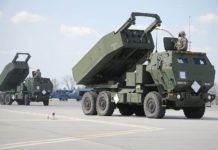 US ready to arm Ukraine for years 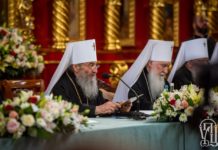