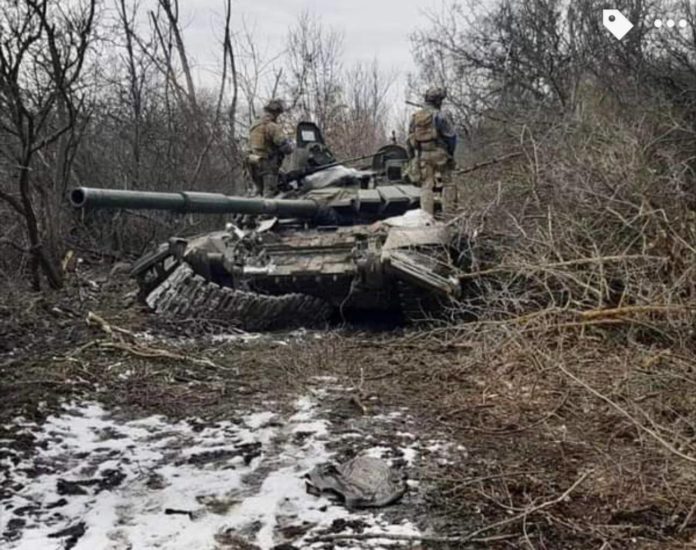 The Ukrainian military almost completely destroyed the elite tank army of the Russian Federation in the Sumy and Kharkiv regions.

The First Tank Army of Russia is practically destroyed in Ukraine, Aleksey Arestovich, adviser to the head of the President’s Office, said during a telethon on Saturday, March 26.

According to him, the tank army that came in the direction of Sumy and Kharkov “was buried and actually ceased to exist.” The command of the Armed Forces of the Russian Federation is “search for the guilty.”

He also said that during the day the enemy is exerting pressure in the Lugansk region – in Rubizhne, Lysichansk, Severodonetsk), “but the attempts are not successful.”

The directions of the RF Armed Forces have been determined and will not change, they are focusing on the Donbass.

In turn, the head of the Kharkiv OVA Oleg Sinegubov said that Russian troops are trying to break through the Izyum to the Donbass.

“They are trying to bypass the city of Izyum, pass partially through it in order to transport their troops to the Luhansk and Donetsk regions, in fact, cut off the JFO line,” Sinegubov said.

At the same time, the command of the South reported that the Russian Federation tried to carry out a landing with the help of high-speed boats, but unsuccessfully.

The enemy continues to conduct reconnaissance of the coastline and the Black Sea, attempts are suppressed by air defense.