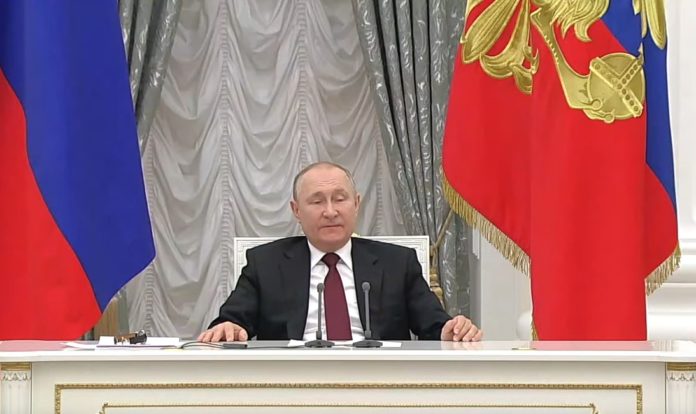 Russian President Vladimir Putin heard members of the Security Council of the Russian Federation regarding the need to recognize the independence of the so-called “LPR” and “DPR”. The head of the Kremlin must make the final decision today, February 21.

“The decision (according to the “LDNR” – ed.) will be made today,” Putin said, at which the meeting of the Security Council of the Russian Federation was over.

During the meeting of the Security Council of the Russian Federation, all its members spoke to Putin and spoke about their position on the need to recognize the “LDNR”. They all supported this decision and called on Putin to make it as soon as possible.

Recall that the Minister of Internal Affairs of Russia Vladimir Kolokoltsev proposed to Putin to recognize the “LDNR” within the borders of the Donetsk and Lugansk regions of Ukraine.

And the head of the Foreign Intelligence Service of the Russian Federation, Sergei Naryshkin, under pressure from Putin, even supported the annexation of the “LDNR” territories to Russia.