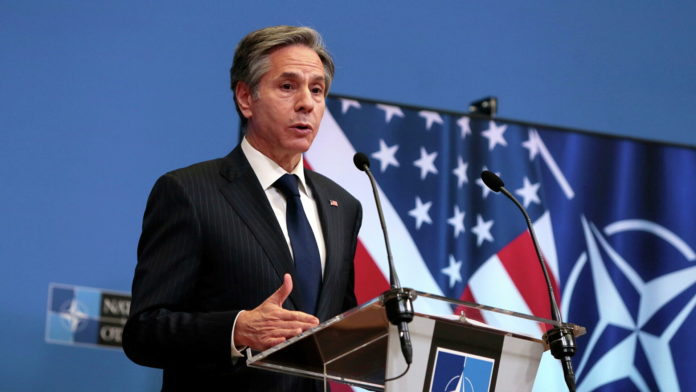 The Minsk agreements remain a tool for resolving the situation in the Donbass, but only if Russia begins to implement them. This was stated by US Secretary of State Anthony Blinken on Monday, February 7.

“The United States and Ukraine are united that Minsk is the way forward to resolve the conflict in Donbass created by the Russian invasion in 2014. And this is the best way to restore Ukrainian sovereignty. Ukraine in recent years has been constantly moving forward in the implementation of the Minsk agreements. If you look at the prescribed conditions, it would be fair to say that Ukraine has fulfilled almost all of them, while Russia has not fulfilled any of its obligations,” Blinken said.

The US Secretary of State recalled that the Minsk agreements, in particular, deal with the special status of Donbass, and with the appropriate sequence, the Ukrainians will be ready to move forward.

“But the overall picture since 2014 shows that Ukraine is fulfilling its obligations, while Russia is not. If Russia is serious about fulfilling Minsk, I think it will find a strong partner in Ukraine, and France and Germany are ready to help in these efforts within the Normandy format. There will be a new meeting in the coming weeks, and I hope that Russia will show a serious attitude,” Blinken added.