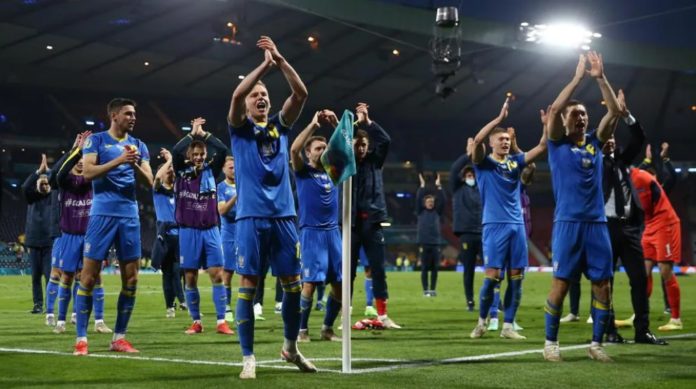 Artem Dovbyk’s first international goal took Ukraine into a first EURO quarter-final, the substitute heading in during the final seconds of extra time to see off ten-man Sweden at Hampden Park.

Both sides started brightly in Glasgow, Roman Yaremchuk’s early shot kept out by Sweden goalkeeper Robin Olsen while at the other end, Alexander Isak curled a shot a metre wide. Ukraine, in their first EURO knockout game, struck first in the 27th minute, Andriy Yarmolenko working the ball on to his left foot and curling a sumptuous pass with the outside of his boot for Oleksandr Zinchenko to hammer a shot past Olsen.

Sweden responded positively to falling behind, and were back on terms two minutes before the break. Isak found Emil Forsberg just outside the area and his well-struck shot deflected off Illia Zabarnyi on its way past Georgiy Bushchan.

The second half was similarly open, Serhiy Sydorchuk’s shot clipping the outside of the post; seconds later, Isak played in Forsberg for a shot that also rattled the upright. The Sweden midfielder then smashed an effort against the crossbar, but neither team could conjure a winner as this round of 16 tussle headed to extra time.

Sweden lost Marcus Danielson to a red card for a challenge on Artem Besedin in the first additional period, and just when it looked like penalties were inevitable, Ukraine upped the tempo. They got their reward a minute into added time, Zinchenko’s pinpoint cross headed in by substitute Dovbyk to spark wild celebrations.

Sujay Dutt, Sweden reporter: Janne Andersson said that Sweden had come prepared for all scenarios. Did that include having a central defender sent off in extra time? When it happened, Sweden spent the remainder of the match defending their way towards a penalty shoot-out. It seemed to work – until added time in extra time. A cruel way to bow out for a Sweden side that had chances to win this in normal time.

The Synio-Zhovti have equalled their biggest achievement at a major tournament and no one can say they don’t deserve it. Andriy Shevchenko’s plan worked tonight, perhaps not exactly, but all his tactical decisions proved shrewd. Now he will take his side to his beloved Italy, and there’s no need to say how big this occasion will be for him and his assistant Mauro Tassotti, both AC Milan legends.

Andriy Shevchenko, Ukraine coach: “Both teams played very well. It was an interesting match. Neither side wanted to lose so we got this drama at the end. With this performance and commitment, our team has deserved the love of the whole country. We knew how our team should play from the first minutes. We knew who could strengthen us [during the game]. The plan we had developed worked well.”

Oleksandr Zinchenko, Ukraine defender: “It’s a historic achievement. My advice to everyone: let’s celebrate, we live only once and we may never repeat these moments again. I’m very proud that we showed our country and the whole of Europe that we can achieve our goals.”

Emil Forsberg, Sweden midfielder: “It’s rough. I thought we were the better team, we conceded an unnecessary goal and then hit the post and the crossbar. We deserved better, but that wasn’t to be today. Of course it’s tough to play extra time outnumbered. We battled as a team and promised to not give up. Then with the last play, a cross and a header, they score. It’s incredibly tough.”

Dejan Kulusevski, Sweden forward: “This isn’t how it was supposed to end. I said last night ‘football is cruel’ while watching France. Today it was our turn to experience that. Football gives a lot but it takes even more.” 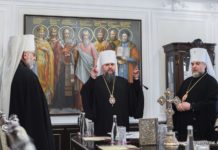 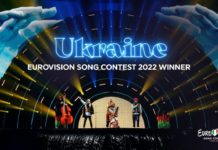